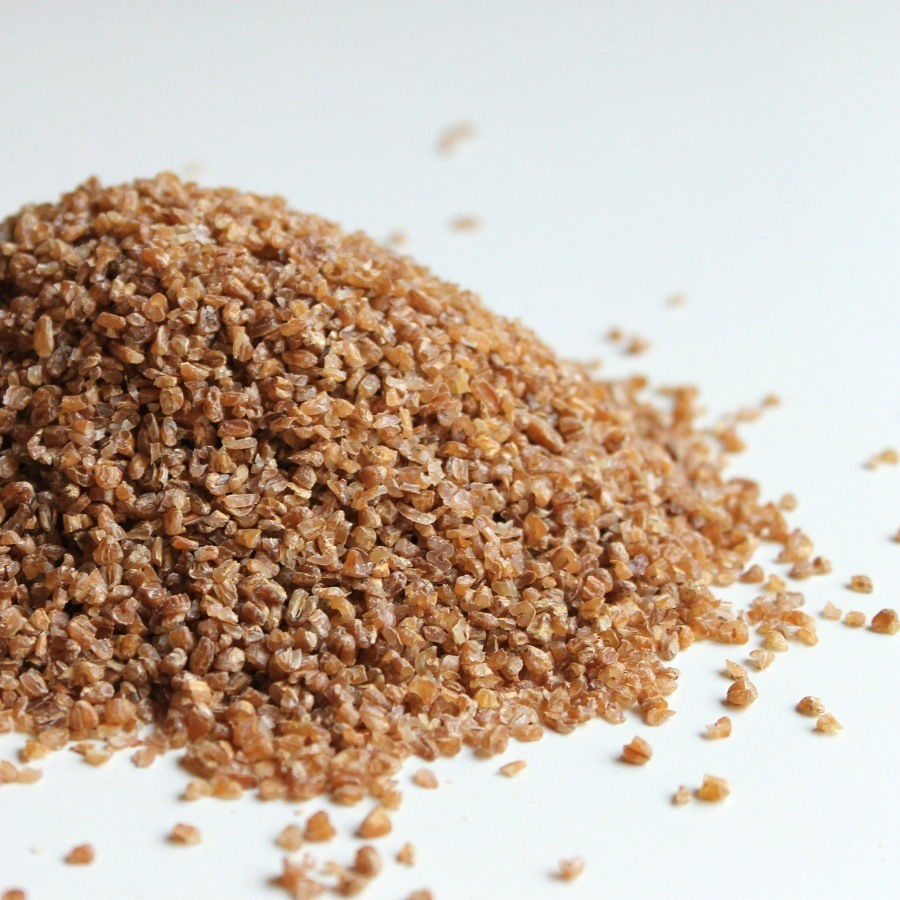 Before cooking bulgur rinse with cold water. You can also be dried grain porridge on a hot frying pan - will avoid in this way sticking grains.

Grits thrown into boiling water according to the following proportions: 1 cup coarse bulguru - 2 cups water, 1 cup finely bulguru - 1.5 cups of water. Mix again for boiling water. Coarse bulgur cook for approx. 6-8 minutes, fine we pour boiling water and leave for 20 minutes, until absorbed all the liquid. When cooking porridge do not mix! Water lightly with salt (half a level teaspoon of salt should be enough) and add oil (1 tablespoon per 100 g porridge). Boil / parzymy covered with slightly ajar lid. Groat will be ready when the grains have absorbed all the water.

Bulgur can be given in soups, additives, meat, vegetables and salads. It tastes great as a breakfast with warm milk, honey or jam and fruit.